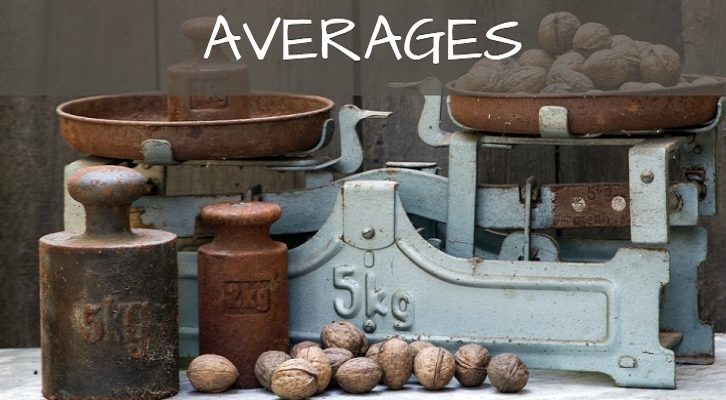 Have given below solutions to the two questions on mean and median.

2. Natural numbers 1 to 25 (both inclusive) are split into 5 groups of 5 numbers each. The medians of these 5 groups are A, B, C, D and E. If the average of these medians is m, what are the smallest and the largest values m can take?

Let us try to construct a scenario for getting the smallest value of the average. We need to have the minimum value for each of the 5 medians.

Now, what is the lowest value the median of any of the 5 groups can take?

Now, even a sub-group that has the numbers 1, 2, 3, 24, 25 would have the median as 3. So, if we want to keep the medians as small as possible, we should choose sub-groups that have small numbers till the median, and then very large numbers. Because, these large numbers do not affect the median, we will still have small numbers to choose from for the next group. So, choose sub-groups such that the first 3 numbers are small, the final two are as large as possible.